Croatia entered the euro and the Schengen area! 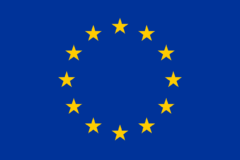 On January 1, 2023, the Republic of Croatia joined the euro and the Schengen area, making it one of the 15 European countries that are simultaneously part of these two integrations and the NATO alliance.

The Schengen area is the largest area of ​​free movement of goods and people in the world, which includes most of the EU members (except Bulgaria, Romania, Cyprus and the Republic of Ireland) and four other non-EU countries (Switzerland, Iceland, Liechtenstein and Norway).

The Eurozone is a monetary union of 20 member states of the European Union, whose primary currency and only legal tender is the euro. The Eurozone consists of Austria, Belgium, Cyprus, Estonia, Finland, France, Germany, Greece, Ireland, Italy, Latvia, Lithuania, Luxembourg, Malta, the Netherlands, Portugal, Slovakia, Slovenia, Spain and Croatia. On the website of the Government of the Republic of Croatia and the Croatian National Bank, www.euro.hr, you can find the most important information about the introduction of the euro, as well as information on other key stakeholders in the process of replacing the Croatian kuna with the euro.