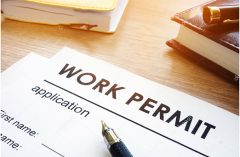 In November 2020, the Croatian Parliament passed a new Aliens Act, which will enter into force on 1 January 2021, and which envisages a new model of employment of foreigners.

Namely, in accordance with the current Aliens Act, every year the Government passed a Decision on determining the annual quota of employment permits for third-country nationals.

The new employment model which will come into force envisions the obligation of employers to first contact the Croatian Employment Service to conduct a labour market test in order to find a workforce. In the event that there is no available labour force in the Republic of Croatia, the employer may submit an application for a residence and work permit for a third-country national to the competent police administration or police station, which will officially request the opinion of the Croatian Employment Service. Before issuing an opinion, the Croatian Employment Service will check the conditions prescribed by the Act that the employer must meet in order for the competent police administration or station to issue a residence and work permit for a third-country national.

The new Act also envisages an exception to the implementation of the labour market test in such a way that the Governing Board of the Croatian Employment Service will decide on the occupations for which the employer is not required to request a labour market test based on the situation on the national, regional and local labour market.

Also, it will not be necessary to conduct a labour market test for seasonal occupations in agriculture, forestry, catering and tourism for up to 90 days during a calendar year.