CROATIA ASSUMES PRESIDENCY OF THE COUNCIL OF THE EU 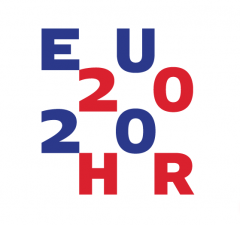 As of midnight January 1st, 2020, Croatia has assumed the six-month rotating presidency of the Council of the European Union.

The Croatian Presidency is coming at a time of significant change for the European Union, at the beginning a new institutional and legislative cycle following the formation of a new composition of European institutions, as well as the challenges of the process of withdrawing the United Kingdom from the European Union.

Guided by Croatia’s national priorities, in line with the new Strategic Guidelines Programme of the European Union 2019 – 2024 and leaning on the Trio program, Croatia prepared the Programme of its presidency, based on four pillars:

These four priorities are united in the motto “A strong Europe in a world of challenges” which summarises the vision of the European Union acting for the benefit of its Member States and its citizens.

All information about the Croatian presidency is available at web page https://eu2020.hr/